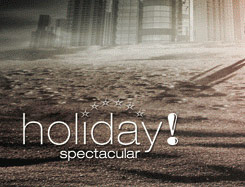 At CES and holidays I am always excited to head to Pepcom events to check out the new technology related products out. On the night of the World Series I braved the traffic to head to San Francisco for the Pepcom Holiday Spectacular. Because the holiday season is so busy I have not had a chance to review any of the products but here are some of the interesting ones in the family technology area.

24/7
24/7 is a medical grade sleep and activity tracking application, their new new features include giving users more insight into their sleep than ever before.

ArcSoft
ArcSoft will be showing Simplicam powered by Closeli, a home monitoring solution with facial detection. They also had information on Perfect365 – which uses Face Detection technology to scan a photo and automatically map a person’s eyes, nose, cheeks, mouth and hairline. Then photos are treated with touch-ups, using nearly 20 tweaking tools that whiten teeth, brighten eyes, remove blemishes and other editing. They can also choose from dozens of pre-set makeup templates.

Belkin
Belkin International showcased a great selection of holiday tech products from its three brands, Belkin, Linksys and WeMo.  I was especially interested in their WeMo family of products that offers home automation, such as in a remote controlled Crock Pot! 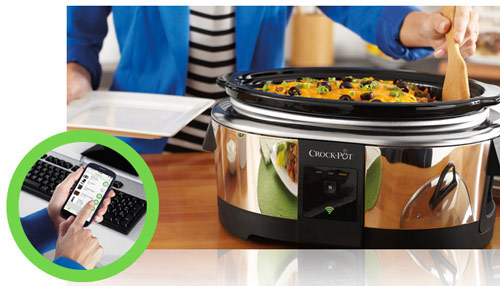 I also learned about their Linksys Dual Band WiFi router and how I could possibly swap that out for the default router my home WiFi provider gave us to help power up our wireless reception (and maybe also using a WiFi extender to help rooms far away from the router). 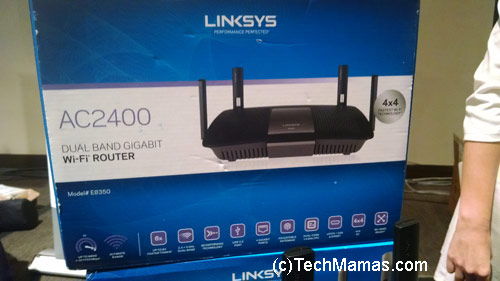 Chamberlain Group – MyQ Garage
Chamberlain Group showed MyQ Garage, the connected home device for controlling home entry. “A smart home with MyQ ensures people never forget to close the garage door and can open, close and monitor it from anywhere in the world from a smartphone. MyQ is integrated with Google’s Nest Learning Thermostat, multiple home devices through the WinkApp, and other popular connected home apps.”

Channel Master
Channel Master debuted new features and services for the DVR+ platform, as well as a new ultra-low-cost outdoor television antenna. They were also the most popular table because they had the World Series on! Channel Masters new features for its subscription-free DVR+ include YouTube access and an enhanced DVR feature to record only new episodes of a series. The company also added the new low-cost STEALTHtenna to its metro/suburban-centric Everyday Series antenna line along with a consumer-friendly Antenna Selection Guide.  Coming in November, the YouTube streaming feature will appear in the DVR+ program guide.

Cobra
Cobra Electronics showcased “the addition to the company’s Drive HD Dash Cams series, Cobra CDR 825, utilizing a 2.7 inch screen, the largest in the dash cam family, along with the ultra-compact Cobra JumPack, a pocket-sized, portable charger for mobile devices and vehicle jump-starter.” Cobra also displayed some Walkie Talkies that I know my boys would have loved to try.

Creative Labs
Creative Labs has home, mobile, and gaming audio products. I was especially interested to hear about their E5 product that can be used an microphone to capture audio for me when I do video. Here is more information from their press release:

ecoATM
ecoATM showed their “automated e-waste recycling kiosk that accepts cell phones, tablets and MP3 players from consumers in exchange for instant cash.” Listed below is an image they shared on what you could buy for holiday gifts from what you get back from trading in specific devices. I have not tried the service but I think trading in old devices are a great way to earn money to buy new devices instead of them sitting in a cabinet collecting dust! ecoATM, the nationwide network of 1,510 automated recycling kiosks, give’s users instant cash for their phones, tablets and MP3 players. 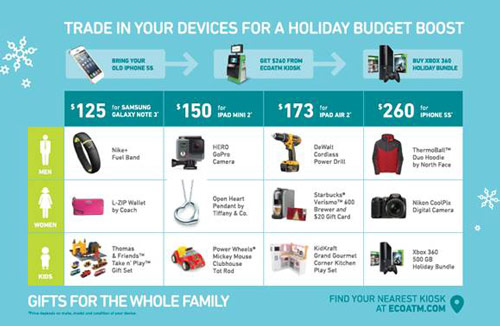 Fitbug
Fitbug Orb is a fitness, sleep and activity tracker.  They unveiled Kiqplan, a library of interactive coaching programs that use activity data from almost ANY activity tracker, smartphone or watch to build actionable 12 week plans around specific wellness goals.

Fujitsu
Fujitsu showcased their ScanSnap product lineup, including the new mobile and completely wireless scanner, the ScanSnap iX100. Included in the ScanSnap family line is the ScanSnap iX500 desktop scanner.

Lenovo
Lenovo had a few tables filled with their newest devices. 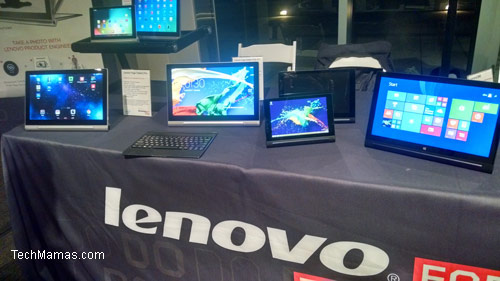 Some of the devices I spent time looking at where the Lenovo Yoga Tablet 2 and Tablet 2 Pro, B40 All in One, Y50 Touch mobile gaming and multimedia notebook. But the one I drooled over was the Lenovo Yoga 3 Pro because it has powerful features but is thin, light and so fancy! 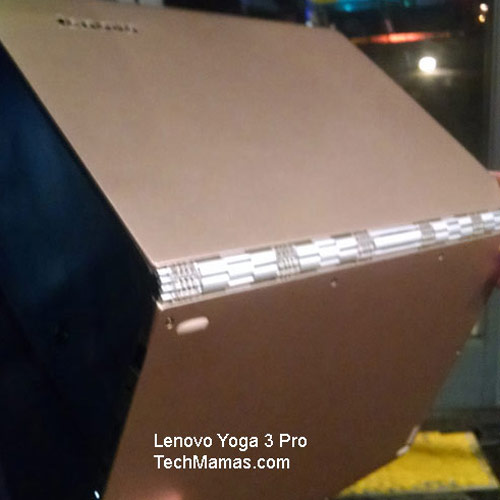 LifeTrak
LifeTrak showcased their line of wearables, including the new LifeTrak BRITE R450, that features light exposure monitoring, smartphone notifications, advanced sleep monitoring and fitness tracking, is waterproof and requires no recharging. The battery used for the device is a watch battery!

Logitech
Logitech will be showcasing its latest in gaming, music, tablet, Harmony and PC accessories.

muvee
The new iOS app TWINE “makes short split-screen videos. Capture opposite or parallel moments in time and TWINE automatically stitches them together“.

Otterbox
OtterBox will be showcasing protective cases for the recently released iPhone 6, GALAXY Note 4 and more.

Parallels
Parallels Access app (for iPad, iPhone, Android tablets and phones plus Kindle Fire) “lets you access everything on your PC or Mac just like it was made for your touch-based device (a way to run Windows on your Mac without rebooting). 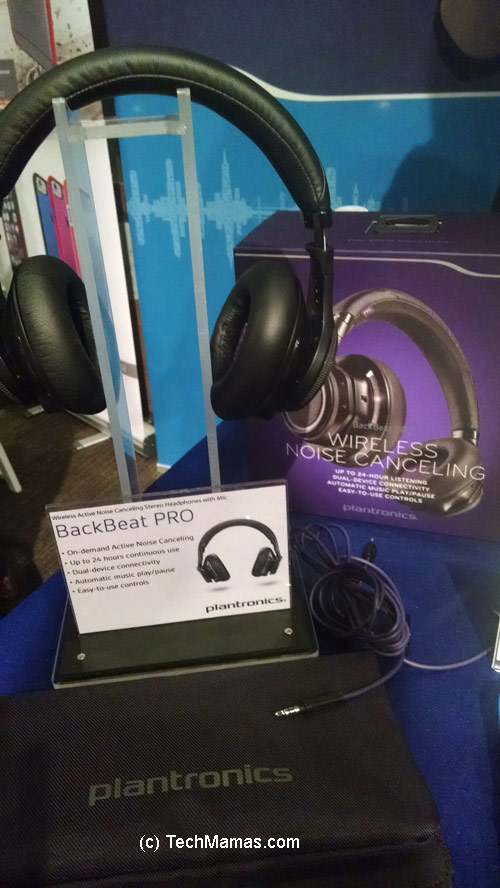 RadioShack
RadioShack has the latest in sound, toys, power and smart tech for gifting or for upgrading your own tech this holiday season.  I went to the press event to celebrate the interactive remodel of San Francisco Bay Area (and other locations) Radio Shack stores.  I was really impressed with the selection of tech in the new design. Especially their DIY section that had so many DIY tech projects that my boys could keep busy for a long time!

Here is information about the Radio Shack store redesign:

ResMed
S+ by ResMed: a non-contact sleep system that monitors, analyzes and provides personalized feedback to help improve your sleep from the first night.

Ring
Ring Video Doorbell “lets you answer the door from anywhere using your smartphone. It features an HD camera with night vision, providing a clear view from your front door, day and night.”

simplehuman
simplehuman builds smart home-tech that is “simple, functional, and built to last“. I tested the sensor trashcan they had on display and it really was able to tell the different between me waving my hand to open the trashcan versus just walking by. The other brand sensor trashcan I tried kept opening up when I would just walk by it.. Next time I will try simplehuman! 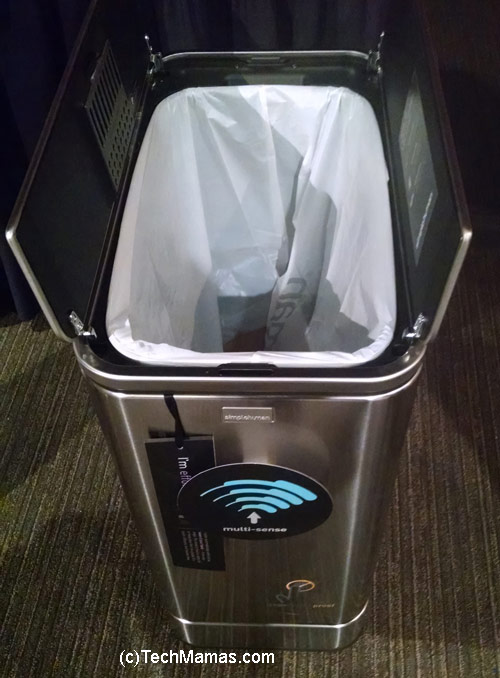 Speck
As a leader in slim protective cases for mobile devices, Speck will be showing its latest bulk-free cases in smashing good looks. Their candy shell smartphone cases have been great protection in the past when I dropped my phones (just a few times…). 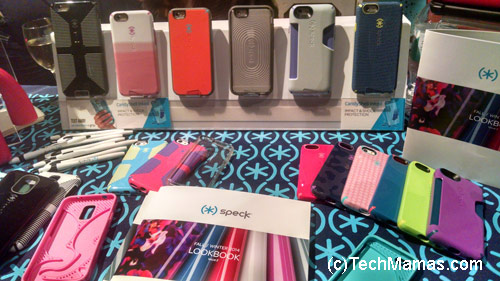 Totspot
Totspot is a mobile shopping app for moms to buy and sell gently used kids’ clothes.  I think this is a great tool for families to control clothing budgets for their kids – who grow out of clothes so quickly. And also to find great clothes for their kids!  “Totspot solves the age-old challenge every parent faces when outfitting their growing soccer stars and fashionistas – kids grow, clothes don’t. The free app has an intuitive interface designed to be simple and fast, and supports easy mom-to-mom mobile retailing, giving families a simple way to cash in their kids’ closets and keep little ones toddler-trendy and fashion-forward. Totspot (http://www.totspot.me) is currently available as a free app for iPhone, iPad and iPod Touch and Android.” 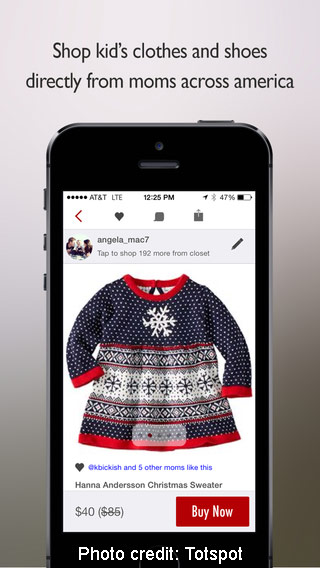 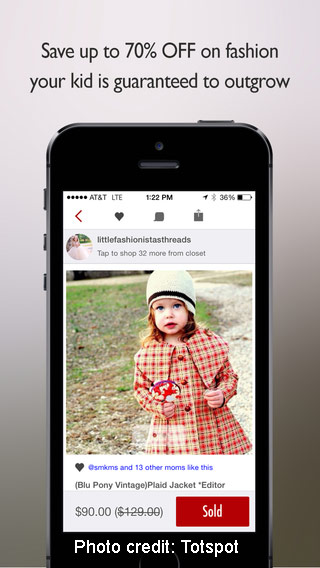 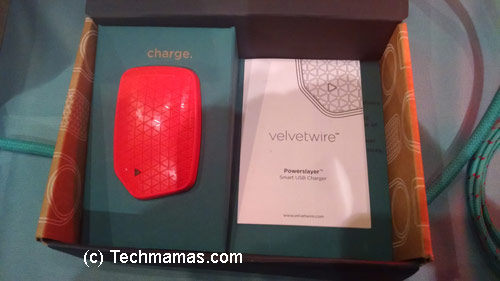 Disclosure: This is coverage of a tech press event.