10am Oct 6 update: Giveaway is closed.

There are so many different technologies that need to come together for a movie to be immersive. While many of us first think of the visual aspects (3D for example) the sound plays a very big role in a movie experience. I first realized this when I went to a Dolby press event in San Francisco last year. Dolby creates audio, visual, and voice technologies for cinemas, home theaters, PCs, mobile devices, and games. The press were given the opportunity to sit in the Dolby Theatre and watch one of the 2013 Dolby Atmos Movie Releases: Monster’s University.  When the movie started I wondered if I would really experience the sounds in the movie as if they were above, next and behind me. Well I can tell you that it was an audio delight to experience Monster’s University with Dolby Atmos because the sound was completely immersive adding another dimension to the movie experience.

When Dolby contacted me about one of the new movies out with Dolby Atmos, I could not resist taking some extra time to also learn more about how Dolby Atmos works. 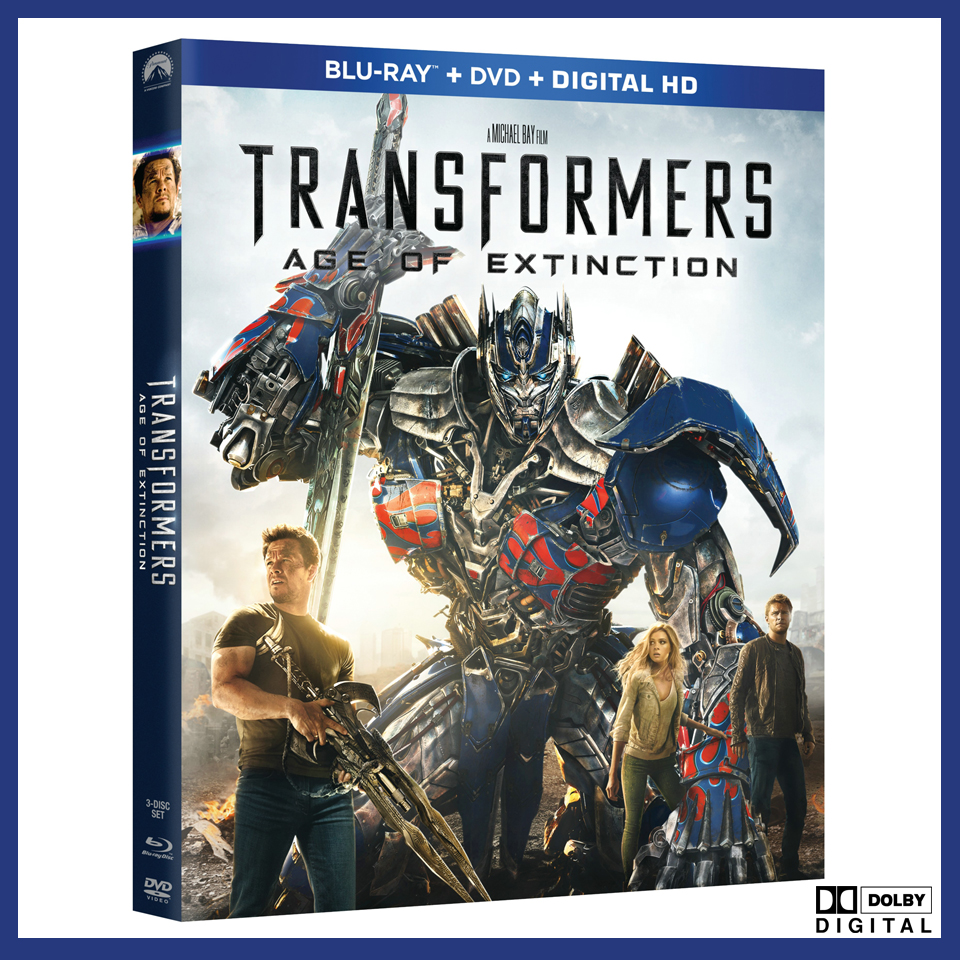 One example of a film with Dolby Atmos is Transformers: Age of Extinction:

●     “Besides the fact that it’s a Transformers movie, what makes this release so great? It’s the first Blu-ray released with Dolby Atmos technology.

●     Dolby Atmos makes it easy for filmmakers to place or move specific sounds anywhere in the movie theatre, including overhead. As a result of this multi-dimensional sound, audiences feel as if they are inside the film, not merely watching it. Major Hollywood studios are partnering with Dolby to create Dolby Atmos home video versions of current box office releases and previously released favorites. Dolby Atmos debuted in 2012 in the hit film Brave. Since then, it’s been used for more than 180 theatrical releases, including hits like Godzilla, Guardians of the Galaxy, Gravity, and Dawn of the Planet of the Apes. In addition to global studio partnerships, Dolby is partnering with game, music, and broadcast content creators to take advantage of Dolby Atmos technology for future home theater use.

●     Even if you don’t have a Dolby Atmos home theater, content mixed in Dolby Atmos sounds better. This format gives filmmakers the tools and freedom to bring more sound off the screen and into your living room creating a more enveloping experience – it’s as if you’re actually in the movie.”

I also received a press document that covered more details about the Dolby Atmos technology.  I was happy to know that even in my house I could create an immersive experience with Dolby Atmos enabled speakers in our own living room.

“Dolby Atmos enabled speakers can produce an incredibly accurate Dolby Atmos experience in many types of rooms. You’ll get the best sound if your ceiling is flat (not vaulted or angled) and made of an acoustically reflective material, such as drywall, plaster, concrete, or wood. Dolby designed the technology for rooms with ceiling heights of 8 to 9 feet (2.4 to 2.7 meters ), but testing indicates that you can still hear incredible Dolby Atmos sound in rooms with ceilings as high as 14 feet (4.3 meters), though the effect may become more diffuse in rooms with higher ceilings. There are some rooms in which we don’t recommend using ceiling speakers…”

The press document also had information about how the Dolby Atmos technology works:

“Dolby Atmos is based on the concept of sound objects. In the cinema, Dolby Atmos relies on a combination of 9.1 “bed” channels and up to 118 simultaneous sound objects to deliver an enveloping sound scene. Every sound in a scene—a child yelling, a helicopter taking off, a car horn blaring—can be a separate sound object. Each of those sounds comes from a specific location in the scene, and in some cases, they move. The car careens from left to right, while the yelling child runs up a set of stairs. Using sophisticated content creation tools that represent the sound objects in a three- dimensional space, filmmakers can isolate each of the sound objects in a scene and decide exactly where they want them to be and how they want them to move. In the final sound mix, the sound objects are combined with metadata—additional data that describes a number of parameters about the sound object, including its location and movement, if any.”…

The Dolby website also has speaker recommendations and information on how to set them up. The press release explained some of that information and I learned that one of the main things you need to start is an AVR – which is an “AV receiver – which magnifies sound from multiple sources” and if I already have have conventional speakers you like, you can simply buy Dolby Atmos enabled add-on speaker modules:

“Although Dolby Atmos is a revolutionary new home theater format, it doesn’t require that you start from scratch. Although you will need a new AVR, in most cases, you’ll be able to keep most, if not all, of your existing speakers. But if you already have conventional speakers you like, you can simply buy Dolby Atmos enabled add-on speaker modules. These include only the upward-firing speakers. You can place these add-on modules on top of your current speakers or on another nearby surface.

Dolby recommends that you use four Dolby Atmos enabled speakers when possible. Use of four speakers will make the placement of overhead sounds more accurate, and you’ll get more precise, realistic sounds as an object—such as a helicopter—passes overhead in a video..  Two of the speakers (whether they are integrated speakers or add-on modules) should be in the front left and front right speaker locations of your system. The other two should be positioned in the surround sound speaker locations, ideally the rear surround speakers, if you have them…. Some home theater enthusiasts will also be able to install speakers in or on their ceilings, but you don’t have to. If you use ceiling speakers, Dolby recommends that you use four or more speakers when possible, though two speakers will still provide a great experience. If you use four ceiling speakers, you should place the front pair of ceiling speakers in front of the position where you’ll be listening and the second pair of ceiling speakers behind you when you’re seated. If you use two ceiling speakers, mount them slightly in front of where you’ll be listening.

There is one important consideration in expanding your system: new speakers must be added to your Dolby Atmos system in pairs. A new speaker on the right side of the room must be matched by a similar speaker on the left side of the room. This is true for speakers located on the floor as well as in the ceiling. This pairing ensures a balanced soundstage. The exceptions to this rule are when you add speakers in the center or center surround locations.”

Disclosure:  This is a press post. One copy of Transformers: Age of Extinction was given to me for review purposes. The giveaway (now CLOSED) was offered as value to my readers – this is NOT a paid post.  All of my opinions are my own.