**I have doing research on educational environments for my own kids and found out about Six Seconds.org. Their about page explained “Through 15 years of global experience and extensive research, we’ve found that the scientifically-based skills of emotional intelligence (EQ) are essential for change.  These skills are learnable, and predict stronger effectiveness, influence, decision making, health, relationships, and quality of life.” Especially in the age of technology as a key form of communication, I believe that emotional intelligence is an important skill. Better yet, I would like to see that incorporated into more classroom environments. SixSeconds.org is  working for the “development of emotional intelligence, a powerful toolset to support people to create positive change — everywhere, all the time.” Joshua Freedman is part of their Global Office Team. I asked him to write a guest post about an exciting upcoming event this June: NexusEQ Conference. 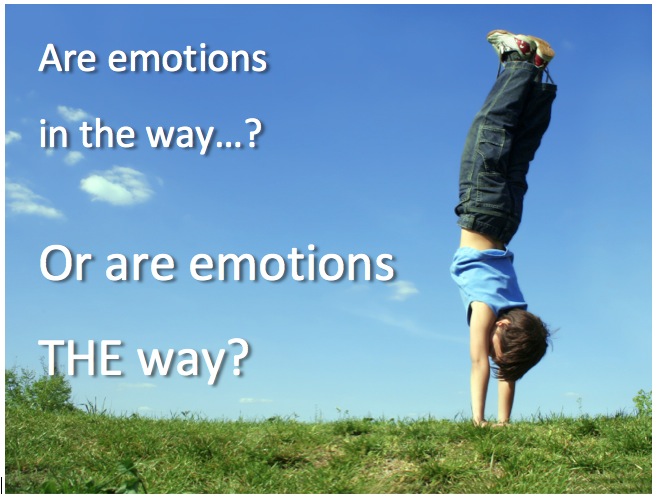 In June, change makers from 12 countries will meet on the campus of Harvard University for a remarkable conference about using emotional intelligence to spark positive change.  It’s the 7th NexusEQ Conference; “nexus” means intersection, and the program is about the intersection of science and practice – head, heart, and hands.

Emotions are part of all our human interactions – think of the last team meeting that went awry… or a great plussing session where ideas were flying?  How about a recent “discussion” about you kid finishing homework before Minecraft?

Neuroscience now shows that emotions are embedded in ALL our thinking – even something as “pure geek” as debugging code will be influenced by emotion:  “Are you in the mood?”

Research on emotional intelligence (see below for the “101” definition) shows that feeling smarts create a host of benefits, such as: 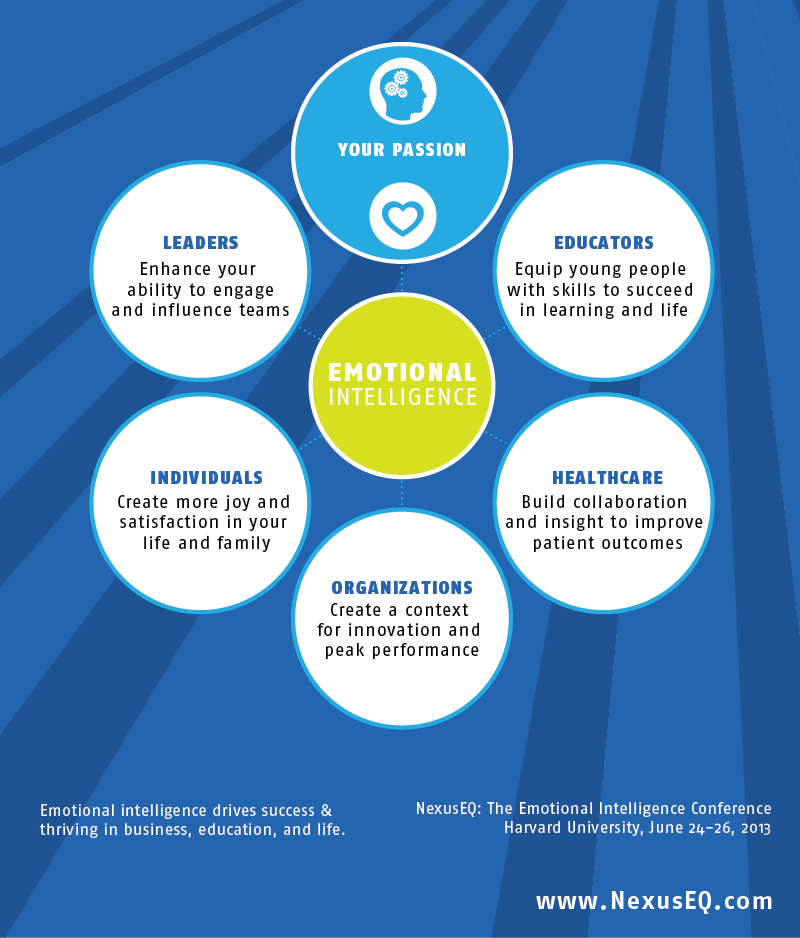 The first scientific definition of “emotional intelligence” was published by Peter Salovey and Jack Mayer in 1990, where they proposed a simple, surprising idea:  Instead of considering emotion as blocking clear thinking, is it possible that, when properly developed, emotions can actually assist thinking?

We’ve all experienced how emotion gets in the way, but what if that’s simply a lack of skill?  It turns out that emotions are data, and we can develop the intelligence to use that data effectively – or not.  Emotions are present in ALL of us, and they affect us even when we pretend otherwise.  So as leaders, teachers, parents, and people, rather than letting emotions “just happen,” it’s in our best interest to learn to use them in a way that’s smart.

Salovey, who is now the incoming President of Yale University, will provide the opening to the NexusEQ Conference where he’ll share the evolution of this science over the last two decades.

The theme of the conference, “Spark Positive Change,” refers to growing urgency to create change in many sectors of society.  It’s a sad paradox that the conference is in Boston after recent events there.  Around the world, we’re facing intractable challenges in society, between peoples – not to mention economic meltdowns and environmental disasters.  We must, absolutely must, get better at creating change.

Our experience and research with emotional intelligence over the last 15 years is that it’s the missing link.  We have tons of smart, skilled people in the world.  Change isn’t derailed due to a lack of technical knowledge.  The challenge is people.  Connecting.  Collaborating.  Getting on the same page.  And that’s all about emotion.

Conference Delegations are forming in 12 countries so far.  Following the conference, the delegations are charged with a small task:  Teach 10,000 people the key skills and concepts from this conference.  Put it into action.

Our vision is that 1 billion people PRACTICE the skills of emotional intelligence.  Whether you join us at the Harvard Medical School Conference Center or in one of the virtual programs, we hope you’ll be part of it.

DISCOUNT:  Early registration is available through May 11.  Here is a link to the registration page: http://www.nexuseq.com/registration/.   Above the big green “Order Now” button, click “Enter Promotional Code” and type in: EQNEWS

Joshua Freedman is a change leader teaching the skills of emotional intelligence around the globe.  He is the Chief Operating Officer of Six Seconds, The Emotional Intelligence Network, and the Chair of the NexusEQ Conference.  His books include INSIDE CHANGE and At the Heart of Leadership, and he is coauthor of seven validated psychometric assessments measuring team and organizational climate, leadership, and emotional intelligence.