Disclosure: This is a sponsored post for a campaign with AT&T. 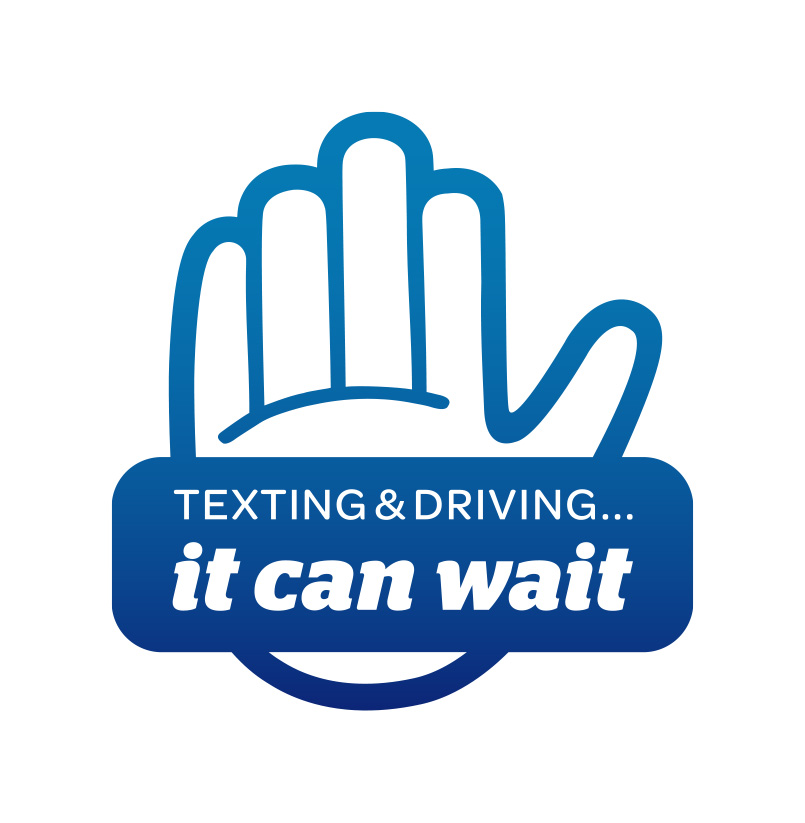 As a technologist I understand how being connected using technology is addicting. As a mom I not only feel the responsibility of teaching my kids texting safety, but also being a role model myself.  Texting while walking, riding a bike or anytime someone is in “motion” can be dangerous. But behind the wheels of a car, texting and driving can be deadly.  Because I feel so strongly sharing information about texting safety, I cover this topic frequently on my blog and am excited to participate in a campaign to spread awareness with AT&T on the It Can Wait movement.

The timing of movement will be during the summer months between Memorial Day and Labor Day—known as the 100 Deadliest Days on the roads for teen drivers. Let’s all join together to make sure your love ones (and everyone you know) stay safe by making a pledge NOT TO TEXT AND DRIVE!  Here is the press release with details about the initative.

To take the pledge and see a list of supporters, visit www.ItCanWait.com.  For additional information and resources, visit www.att.com/itcanwait.

AT&T’s It Can Wait® campaign to end texting and driving was significantly bolstered today by the commitment of Verizon, Sprint, T-Mobile US, Inc. and more than 200 other organizations to join the movement. Their efforts will support a new national advertising campaign, a nationwide texting-while-driving simulator tour, retail presence in tens of thousands of stores, and outreach to millions of consumers with a special focus throughout the summer months between Memorial Day and Labor Day—known as the 100 Deadliest Days on the roads for teen drivers.1 The 2013 campaign drive will culminate on Sept. 19, when efforts turn towards encouraging everyone to get out in their community and advocate involvement on behalf of the movement.

“Texting while driving is a deadly habit that makes you 23 times more likely to be involved in a crash,” said AT&T Chairman & CEO Randall Stephenson. “Awareness of the dangers of texting and driving has increased, but people are still doing it. With this expanded effort, we hope to change behavior. Together, we can help save lives.”

“The It Can Wait campaign is a meaningful way for Verizon to continue its work on this important issue,” said Verizon Wireless president and chief executive officer Dan Mead. “Texting and driving is a serious social challenge and we look forward to partnering with leading organizations and experts around the world to answer it.”

“As a longstanding advocate of keeping wireless consumers focused on driving, Sprint is proud to participate in the ‘It Can Wait’ campaign,” said Sprint CEO Dan Hesse. “Sprint will continue to promote education of responsible driving behavior through our sponsorship events, social media channels and thousands of retail stores nationwide.”

“Mobile technology connects us in many cool ways, but adults and teens need to put it on hold while behind the wheel,” said John Legere, president and CEO of T-Mobile US, Inc.  “Knowing the risks is not enough. By simply putting the phone down, thousands of tragedies can be prevented every year. It’s time to end texting while driving – for good.”

The campaign kicks off May 20, with AT&T, Verizon, Sprint and T-Mobile bringing a multi-million dollar, co-branded advertising campaign to raise awareness of the dangers of texting and driving, and encouraging everyone to immediately take the pledge against it at www.itcanwait.com.  The campaign will focus on the stories of people who are living with the consequences of texting while driving.  Their stories will be told through various media including TV, radio, digital and social. The first story in the campaign will be of Xzavier Davis-Bilbo, who in 2010 at five-years-old, was struck while crossing the street by a young woman texting while driving—leaving him paralyzed from the waist down.

They are texting and driving more than they used to.

Nearly half of commuters admit to texting while driving, which is more than teens.

Despite knowing the risks.

For many, it has become a habit.

With prominent presence in AT&T, Verizon, Walmart, Sprint, T-Mobile, Best Buy and RadioShack stores, the It Can Wait message will be in tens of thousands of retail locations throughout the summer campaign period.

Also, government agencies including the U.S. Department of Transportation, National Highway Traffic Safety Administration and National Transportation Safety Board have all committed to help end distracted driving and support the efforts of It Can Wait and others who are working to raise awareness.

Throughout the campaign, It Can Wait advocates will take the message to their customers, employees and stakeholders in a variety of ways:

Social media have been major drivers of the It Can Wait movement, which has inspired more than 1.5 million personal commitments never to text and drive through pledges made at ItCanWait.com, on Facebook, through text-to-pledge and tweet-to-pledge, and at events.  In the past year, more than 310 million unique user accounts have been reached through Facebook, Twitter and YouTube alone.

Beginning May 26 and continuing through the 100 Deadliest Days for Teen Drivers ending Sept. 3, It Can Wait advocates will contribute to a social media campaign delivering daily reasons why texting and driving can wait.  The messages with pictures and personal accounts will be shared on Twitter, Facebook, Instagram, Pinterest and ItCanWait.com.

The highlight of the summer campaign will be a national day of action on Sept. 19.  On that day, It Can Wait advocates will reach out in their communities to raise awareness of the risks of texting while driving, encourage everyone to make a personal commitment not to text and drive and recruit others to join the growing ranks of advocates dedicated to saving lives by ending texting while driving.

To take the pledge and see a list of supporters, visit www.ItCanWait.com.  For additional information and resources, visit www.att.com/itcanwait.