I am excited to share that on Tuesday, February 26th the documentary called “MAKERS: Women Who Make America” is debuting on PBS (check local listings) and includes a powerful list of inspiring women that are “groundbreakers who have sparked change, been firsts-in-their-fields, and paved the way for those who followed“. I had the opportunity to attend a press event months ago where they had some of the amazing Makers Women  in attendance (including Gloria Steinem and our own local Lisa Stone of BlogHer ) while they showed us some clips from the documentary. 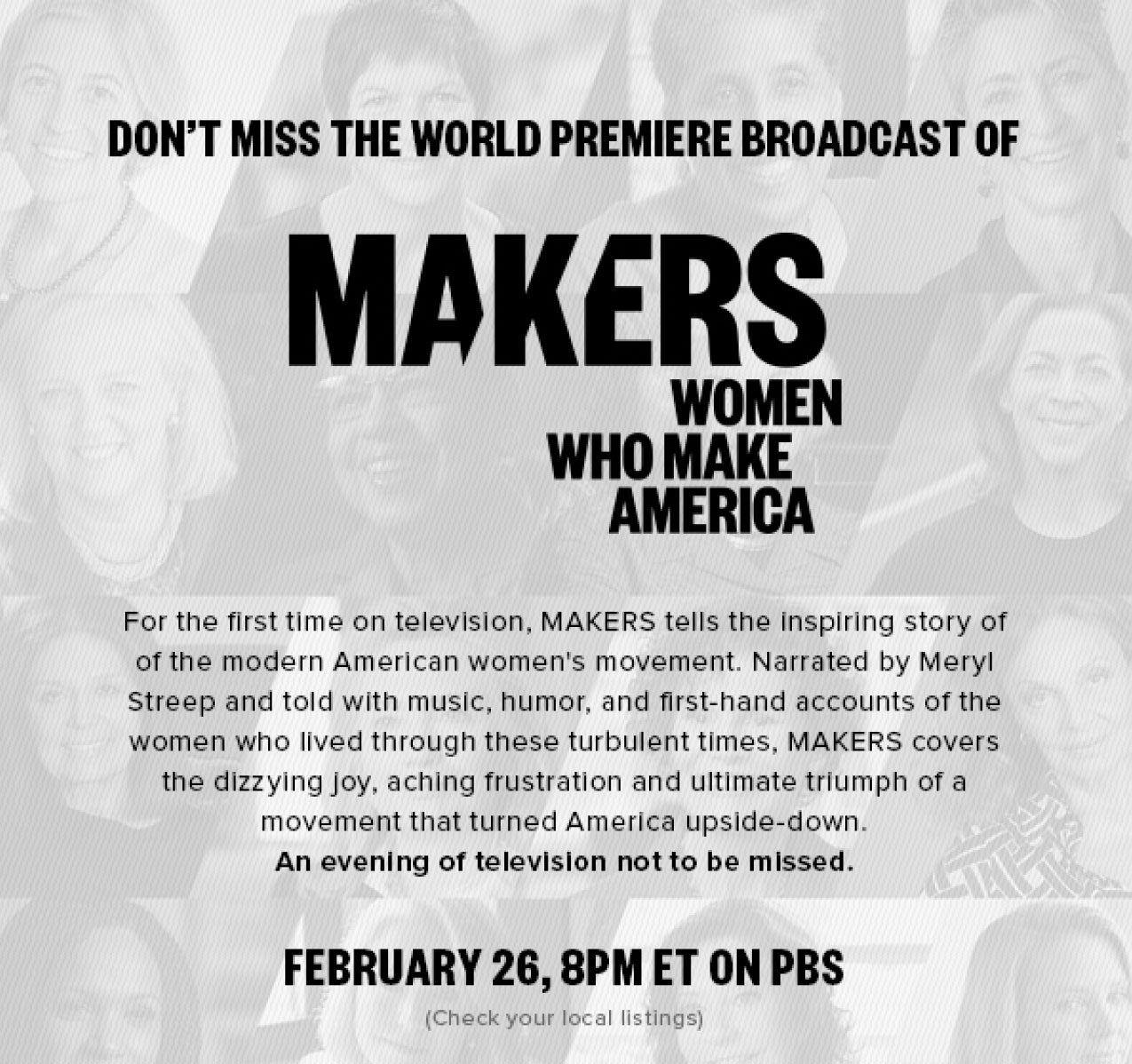 The Makers press release also described “cast of partners behind the documentary that brought it to life – took a team effort, just like the movement overall!”:

The red-carpet premiere event in NYC was star studded and included interviews with many of the amazing women in the documentary:

The press release also had a quote from one of my inspirations “The future depends entirely on what each of us does every day; a movement is only people moving.” ~ MAKER, Gloria Steinem.

Having the opportunity to meet Gloria Steinem at the press event even inspired me even more to do my part to contribute to the movement. To start, I will be watching MAKERS: Women Who Make America on Feb. 26 on PBS !

Disclosure: This is a press update.